By 2020, many believed that regular cars, as we continue to know them today, would have become a thing of the past. We should now be living in a Back to the Future style reality where AI-powered flying cars are the norm. If not this extreme, at the very least, all of the cars would be self-driving and autonomous.

As we see, the reality is that cars are still very similar to those we were driving 20 and even 50 years ago. Of course, technological advances have been made, but it still feels as though fully autonomous self-driving cars are not coming soon.

They get a bad rep

Perhaps one of the biggest things holding back autonomous cars is the negative press that they have received in recent years.

In 2018, one of Uber’s self-driving autonomous cars struck and killed a pedestrian. And there have been more than a few stories about rogue self-driving Teslas getting into fatal accidents.

The technology, in many respects, is there. The more significant issue seems to be that we are not entirely ready for driverless cars to be zipping around our streets. And this reluctance to fully embrace self-driving cars means that regulators have also been slow to give a wider roll-out the green light.

“How consumers will adopt and interact with this technology is unknown, and the lack of progress in the regulations that would allow the technology on public roads is noteworthy. That’s not to say that things are necessarily slowing down in terms of development. Still, the expectations we’re seeing for full autonomy certainly are.”

While it may sound great to have a self-driving car, the fact is that entirely autonomous cars may never actually happen. Driving is an incredibly nuanced skill that is subject to a massive amount of variables.

Humans do a great job of driving in the main. Considering the complexities involved in teaching a computer how to drive safely, we probably deserve a pat on the back for doing so much of this without really thinking about it.

Of course, humans make mistakes. There are many accidents every day. The big problem is that automated cars would be expected to be so good that they don’t make these same mistakes.

This scenario is pretty unrealistic, and it has led to two opposing forces fighting for the future of the roads. As robotics engineer and former Navy fighter pilot Missy Cummings, director of Duke University’s Humans and Autonomy Lab, explains:

“There are basically two camps. First are those who understand that full autonomy is not really achievable on any large scale, but are pretending they are still in the game to keep investors happy. Second, are those who are in denial and really believe it is going to happen. When you also consider that not everyone is a techie and loves the bells and whistles of advanced systems, I think the automotive industry is in for some tough times ahead.”

At least in the short-term, the future will be more ADAS (advanced driving assistance systems). These are the kinds of thing that you can currently find on many new cars, with two of the leading examples being Teslas, and Cadillacs that comes with the Super Crusie system.

These cars already allow for quite a high level of autonomy, but even the most advanced in this category are only at level 2 on a scale that would see a fully automated car be achieved at level 5.

The new Audi A8 has level 3 capabilities, but these cannot all be accessed due to current regulations.

So, hands-free driving could become the norm in the next decade or so, but it looks like we’ll be waiting a while yet, and maybe even longer, for those Back to the Future style flying cars to get here. 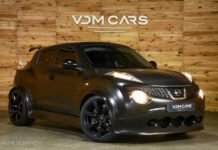 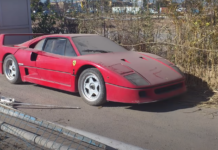 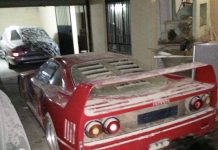