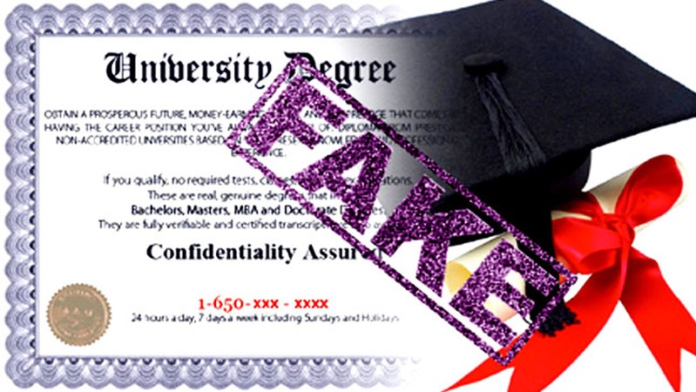 What if those certificates on your doctor’s walls were fake degrees? What would it mean if some of those letters after your professor’s name were fake?

Imagine paying thousands of dollars to go to a school where you are taught by a fraudulent professor?

It may be hard to believe that people such as esteemed doctors and professors would resort to such actions, but the world of fake degrees and qualifications is a very real one.

We’re not talking about fake diplomas that friends might buy one another to have a little bit of fun. Bachelors, Masters, and PHDs are all available for a price and a few phone calls.

One of the most prominent players in the fake qualification game operates out of Pakistan and produces more than 200,000 counterfeit qualifications globally every year. This brings in this disreputable company more than $50 million per year, for merely printing off some paper with fake credentials on it.

A former FBI agent investigating these kinds of diploma mills since the ’80s knows the vast scale of the mendacious world of fake degrees very well:

“We live in a credential conscious society around the world. So as long as paper has a value, there’s going to be somebody that counterfeits it and prints it and sells it. Employers are not doing their due diligence in checking out the papers, so it makes it work. It’s the damnedest thing we’ve ever seen.”

The obvious irony here is that so much prestige is being placed on qualifications to allow these kinds of fake underground centers can thrive. Still, then employers fail to check the credentials which are seemingly so essential.

The fact that these kinds of operations are booming all over the world is worrying for several reasons.

Firstly, that these places are able to operate in the first place is because employers are so lax when it comes to checking qualifications.

But more concerning is the kinds of people who are buying these fake titles. A BBC report in the UK found that some of the buyers of counterfeit credentials included medical consultants, nurses, an ophthalmologist, and a psychologist.

They found no evidence to suggest that these doctors did not have some legitimate qualifications. Still, the safety issues this brings up are very worrying, not to mention the people’s very dubious moral conduct.

Unfortunately for some of the dubious people who have bought fake qualifications, it appears the suppliers of said documents have no qualms about playing both sides of the game.

Extortion has now become a standard part of this process, with the people who supply the fake credentials later using this information to bribe the buyers into paying for their silence.

It’s a whole new game,” he said. “Normally, a diploma mill is finished with you by the time you get your degree. That’s just the beginning now. You get a telephone call that looks like it’s coming from your embassy or local law enforcement, threatening to arrest or deport you unless you get some additional documents to help support the phony diploma you already have. We’ve never seen that before.”

Some may say that you reap what you sow and will have little sympathy for those who are being targeted. Regardless of this moral conundrum, the world of fake degrees is a very dark and dangerous one that the authorities should be doing more to wipe out. 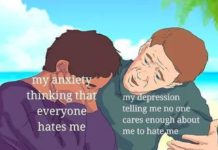 ‘How to Talk to Short People’ Memes Influence