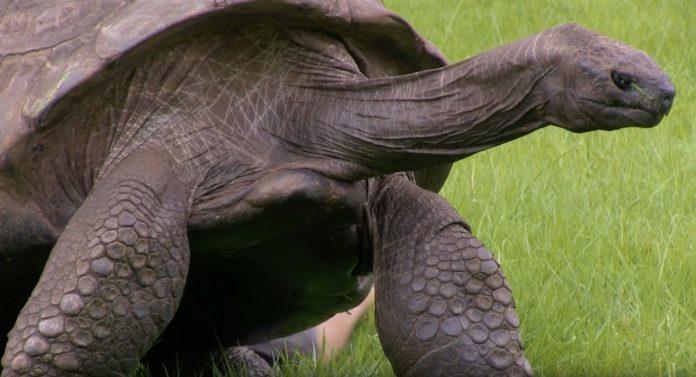 Say hello to Jonathan, officially recognized as the oldest living land creature. This strapping young man turns 188 years old this year, and the world has certainly changed quite a lot while he has been slowly walking it as the world’s oldest tortoise.

The previous holder of this title was a radiated tortoise called Tu’i Malila. Tu’i Malila was owned by the royal family of Tonga and is roughly dated to have lived between 1777 and 1965. She had been presented to the royal family by the famous British explorer Captain James Cook while he was on his third and final Pacific Voyage.

Jonathan has been around for so long that almost everything we consider as significant in terms of recent history took place on his watch.

He was well into his 70s by the start of the First World War. And the Russian Revolution and the Second World War have been and gone. At the same time, Jonathan casually ate up his grass and his favorite treats, cucumber, apples, and bananas.

Jonathan is so old that he was born before the first photograph of a person was taken in 1838. The incandescent light bulb wasn’t brought into existence until Jonathan was in his 40s. He was around before the world’s first skyscraper went up in 1885, and the Eifel Tower which was completed in 1887.

He has seen 7 different kings and queens on the British throne and presided over 39 US presidents.

Home is where the heart is

Jonathan has made his home on the island of St Helena in the South Atlantic since 1882, but he is originally from Seychelles.

In fact, Jonathan is not St Helena’s most famous resident of the past or present. This island is also the place where Napoleon Bonaparte died after being exiled here after his defeat at the Battle of Waterloo.

Jonathan lives in the manicured gardens of the governor’s residence in St Helena. He shares this lush landscape with three other tortoises, David, Emma, and Fred.

Jonathan the Tortoise is only the most senior on land

Jonathan should rightly be proud of his title as the world’s oldest living land animal. Still, he has a lot of catching up to do if he wants to be the oldest living creature in the world.

Actually, he has no chance. Bizarrely enough, sponges are classified as animals, and it believed that one deep-sea sponge has been there for 11,000 years.

A more animate creature called Ming was also believed to have been alive for much longer than Jonathan. Unfortunately, this quahog clam died when researchers tried to bring the 507-year old up to the surface.

The largest and most active creatures that typically live to be older than Jonathan are bowhead whales. These bad boys are known to live well beyond 200 years. 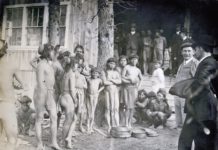 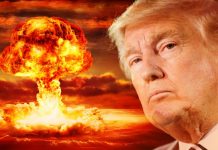 The Doomsday Clock Warns All of Us 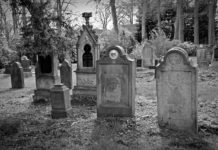 Toraja people of Indonesia and Their Deceased Loved Ones